Recent global statistics reveal the rapid growth of female blogs in Nigeria. It is only on the blogging platform that female presence surpasses that of men. There is a huge readership of blogs by Nigerian women too. For instance, Linda Ikeji’s Blog alone has over 150,000 visitors daily. The study of female blogging and its impact on democracy is developed on the idea that the unrestricted nature of the internet might hold the potential to allow women’s voices to be heard, thereby improving their democratic participation which is lacking. The use of blogs by women for mobilization/activism to affect government policy has also been witnessed in recent times in Nigeria. The ‘Bring Back Our Girls’ campaign of 2014 and the ‘Child Marriage’ debate of 2013 are critical examples. Being campaigns of online origin, (particularly from blogs and Twitter) they add credence to the discourse on the correlation between internet discourse and offline democratic practice (having led to policy reformation).

I therefore explore how Nigerian women have embraced the practice of blogging and how blogs can serve as a platform for promoting women’s equality and empowerment. Blogs are said to provide a platform for African women to become active creators and disseminators of knowledge by writing about what is important to them. I investigate the extent to which these discussions qualify as a form of active ‘participatory politics’ where discussions held about gender-based inequalities and discrimination involve proposing solutions, organising actions to address such issues, or dialoguing with policy-makers (or their PR representatives) and media practitioners (e.g. popular bloggers and online journalists). The lack of available literature on the female use of the online platform to make their voices heard in the Nigerian democracy is also the critical aim of my research. There is no statistical record of female writing in the online space or blogging to advocate causes that affect them in governance. The desire of my study is to bridge this gap, while providing information on blog readers – a population which has been neglected by previous global researchers who dwell mainly on the activities of blog authors.

I argue that female bloggers in Africa, who may not necessarily be ‘feminists’ by western definition (because of cultural factors and the negative connotation of the term ‘feminist’ in Africa) can be said to exemplify the ‘networked counter-publics’ of Jessalynn Keller based on the definitions of third-wave feminism where ‘activism’ has been re-defined to reflect the creation of a ‘public self’, rather than an outcome/action-oriented activity. Hence, cultural and political activities have been transformed and may be unrecognizable if interpreted through a more traditional understanding of the term, ‘activism’. Harris associates this change with the “neoliberal cultural climate brought about by individualization, globalization, consumer citizenship and a collapse of class-based classifications and traditional forms of protest politics” (p. 430). Similarly, I argue that the online experience of Nigerian women is multi-dimensional; they may not appeal to a specific sub-culture nor identify with a specific protest group. In most cases, they may not even position themselves around the dominant culture in an obviously activist way. Hence, they complicate the definition of the ‘political’.

Specifically, I examine the conversations of 30 female blogs on the rejection of the recent ‘Gender and Equality Bill’ by the Nigerian Senate. The bill seeks to tackle issues such as gender discrimination in political and public life as well as prohibit violence against women.  It also seeks to establish women’s freedom of movement, female economic activity and girls’ access to education. The major argument of the senate members who voted against the bill was hinged on traditional and religious factors, with senate members seen quoting the Bible and Sharia law to vote against the bill. The rejection of the bill also stimulated a wide range of internet discourse by women who were outraged and used diverse online platforms to protest. Popular blogs authored by women were at the fore-front of publishing posts and articles to put pressure on the government to revisit the bill. This pressure seemed to draw the attention of the senate president who released a statement urging citizens to be calm as he promised to revisit and possibly encourage the adoption of certain aspects of the bill. Policy-makers such as Fani Femi Kayode and Oby Ekwesili notably congratulated social media and reputable female blogs like Linda Ikeji and Bella Naija for putting pressure on the government to act.

Being at the early stages of the analysis, I intend to use ‘Netnography’ as a new ‘live’ method of online investigation that helps elicit data from prolonged discourse participation and observation. This is relevant because, as Kozinets and colleagues (2013) point out, interpretations of online communications and communities emerge gradually, to develop cultural codes that allow a better understanding and interpretation of virtual spaces. Hence, by immersing oneself in discourse, pertinent behavioral patterns, or modes of mobilization or activism can unfold through extensive observation or interaction. The information retrieved is further analyzed by coding themes relevant to this research. To cope with the Netnographic limitation of studying one online ‘platform’ in isolation (which can yield incomplete insight), discourses that are relevant to answering research questions will be trailed across multiple forums if need be. 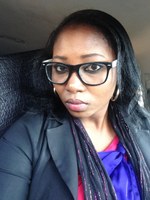 Diretnan Dusu Bot is a first year Ph.D. student at  the University of Leicester, UK.  Her research focuses on how Nigerian women have embraced the practice of blogging and how blogs can serve as a platform for promoting women’s equality and empowerment. Her research explores to what extent blog discussions qualify as a form of active ‘participatory politics’ where discussions held about gender-based inequalities and discrimination involve proposing solutions, organising action to address such issues, or dialoguing with policy-makers (or their PR representatives)/media practitioners (popular bloggers, or online journalists). Her twitter handle is @DiretM.