If one wanted to locate an origin point for the increasingly widespread adoption of the concept of ‘affect’ into theorisations of politics, the candidate most likely to succeed would be philosopher Brian Massumi’s (1995) essay, ‘The Autonomy of Affect‘. Working from an intellectual tradition that posits a relatively straight line from Baruch de Spinoza and Henri Bergson to Gilles Deleuze, Massumi’s claim is that modern – and a great deal of contemporary – philosophy and social theory is grounded upon privileging a conception of reason or rationality as autonomous from the ‘bodily and autonomic nature of affect‘. Arguing against what he takes as the dominant view of mind as rational, abstract and disembodied, Massumi draws on the speculative regions of neuroscience to invoke a mind that is situated, embodied, and dependent upon its experiential and cultural context.

Taking this emphasis upon the inhuman, pre-subjective forces and ‘intensities of feeling‘, the venture of theorists of ‘affect’ centres upon the notion that by ignoring such non-conscious intensities and resonances we fail to understand how decisively they influence our political and social beliefs and decisions. Not only, they argue, do we thus risk misjudging the effects that the disciplining of ‘intensities of feeling’ can have on political life, but we also exclude the possibilities of ethical and political transformation that would amount to an ‘intensification of self-reflexivity‘. The turn to affect is thus taken as an emancipatory theoretical move. In what remains below, drawing on a broad set of different literatures, I seek to problematize this emancipatory claim.

A number of theorists have sought, to contextualise the contemporary predilection for neuroscientific explanations upon which a good deal of affect theory is grounded within broader historical transformations. Meloni (2012) has proposed that the reductionist nature of neuroscientific explanation for social and political phenomena has increasingly come to fill a theoretical void once occupied by the by now bankrupt ‘grand narratives’ of teleological political ideologies. Relatedly, Melinda Cooper (2007) has argued that the increasing reference by social theorists to the speculative biological sciences uncritically reflects the ontological condition of post-Fordist capitalism. Whether we situate the widespread adoption of affect theory within ongoing desire for global narratives or as a reflection of transformations to capitalist social relations, these sorts of periodising claims signal the need for more reflection upon the historical conditions in which the concept of affect emerges.

Other critics have questioned the potency of effect theory’s endeavour to undermine Cartesian dualism. Ruth Leys (2011) has argued that affect theorists reproduce in reverse the sharp dichotomy between body and mind they claim to destabilise. Leys argues that affect theorists presuppose a highly rationalist conception of meaning which they oppose with a broad series of ‘unexamined assumptions that everything that is not ‘meaning’ in this limited sense belongs to the body‘. Affect theorists thus imply the very categories they claim to oppose. Moreover, Leys’ work (2011) has been central in unveiling the selective and at times erroneous reading of the neuroscience literature.

Recent work from philosopher Ian Hacking also problematizes the emphasis on embodied intellect by affect theorists. We are becoming, Hacking (2007) argues, more not less Cartesian today. Not only do developments in medical technology imply that we increasingly treat human bodies as assemblages of replaceable parts but our concept of ‘brain death’ is, according to Hacking, an intensely Cartesian definition of life itself. While Hacking does not explicitly engage affect theory, his argument offers a formidable challenge for theories whose central claim lies in a departure from Cartesian dualism.

As I suggested above, affect theorists tend to view their anti-Cartesian ontological commitments as inherently liberating. But in the main, they offer few resources by which we might think affects that reinforce rather than challenge any dominant order. We have no rigorous analytical or theoretical tools by which we might differentiate between good and bad affects. This lacuna should dampen or at least qualify any celebration of a ‘turn’ to affect and should give pause to social researchers who seek to study social movements through this concept.

Moreover, affect theorists have not, to my knowledge, offered a rigorous account for how we might think an affective realm that has been almost or completely subsumed by the valorisation of capital. This is highly problematic if, as a number of scholars have come to argue, social relations today are increasingly organised upon and mediated by the capitalist organisation of digital and other media.

Finally, affect theorists have to my knowledge not substantively attended to the ways in which mental and material labor or body and mind have continued to be strictly alienated along Cartesian lines through 21st century capitalist processes of accumulation.

In short, while I think that affect theory has challenged some of the narrower conceptions of a disembodied reason that dominate some regions of the academy, I see substantial pitfalls and limitations in taking it as an emancipatory ontological commitment. 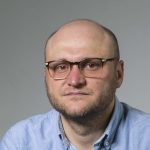 Paul Rekret is Associate Professor of Politics at Richmond American International University. Before joining Richmond, he was Lecturer in Political Theory at Queen Mary, University of London. He holds a BA in Political Science from the University of Toronto, an MA in Philosophy from the Universiteit van Amsterdam, and a PhD in Politics from Queen Mary, University of London. His current research has two major foci. First, a series of recent and forthcoming publications focus upon the implications of recent developments in International Political Economy.  Second, he is currently completing a book-length study of the ideology of childhood in popular culture. This reflects a broader interest in the intersections of politics and popular culture.