The city of Hong Kong is considered as one of the world’s largest and immensely populated metropolitan cities, a prominent financial and cultural center, famous for its excellent food and emblematic skyscrapers which offer a breathtaking view to millions of visitors and tourists every year. Some years ago, few people could guess that this special administrative region of China would attract world’s attention due to the sit-in protests of 2014, also known as the Umbrella Movement. In a nutshell, the protests took place between September and December 2014 since Beijing’s administration decided in the summer of the same year to announce a substitute electorate framework which threatened Hong Kong citizens’ ability to democratically elect their leaders through universal suffrage.

For a period of three and half months – which involved both police brutality and increased tension with the government – thousands of protesters occupied the main arterial routes of the city, creating three main protest camps. In general, the causes, actions and outcomes of Umbrella Movement can be approached through the prism of several disciplines – such as politics, media or sociology for example – however in this blog we focus and discuss how protesters’ artistic creativity was employed so to create emotions to the audience and engage them with the collective aims of the movement. One of the authors of this blog spent a week in Hong Kong protest sites observing and photographing protesters’ creative activities and we include a couple of images which depict protesters’ efforts not only to attract passengers’ and tourists’ attention but also to invite them to participate in the production of protest artwork. In order to protect the anonymity of the protesters, one image captures from distance the main protest camp and the second focuses only on artistic installations.

Below the skyscrapers of the main business district, the Occupy Admiralty site turned into the centre of protesters’ creative activities (see Figure 1). Entering the site someone observes banners, tents and dozens of yellow umbrellas – which turned into the iconic symbol of the movement –and appeared in various forms such as artistic installations including a large canopy, the sculpture of the Umbrella Man and origami art amongst others.

Apart from the use of the iconic umbrella as emblem of the movement, the revolutionary anthem from the musical ‘Les Miserables’ titled “Do you hear the people sing’ had been playing in the protest camps offering a sense of unity and solidarity towards protesters’ causes. One of the most popular sites of the Umbrella Movement had been the Lennon Hong Kong Wall which could be found at the central protest camp. A huge empty wall was used as platform of artistic expression where everyone could post-it notes such as messages of commonality towards the movement including epigrams, graphics and messages in foreign languages (see Figure 2).

Additionally, street painting events by local artists were inviting local protesters, tourists and passengers to participate in the creation of canvases which depicted the city of Hong Kong, the main aspects of the protest movement and messages related to democracy and freedom.Furthermore, few artists were publicly producing blind contour drawing within the main protest site using pre-printed pages including short pro-democracy, freedom and peace quotes from personalities such as Nelson Mandela, Mahatma Ghandi and John Lennon. Social media and in particular Facebook pages had also been used as means of depicting everyday life in Hong Kong during the protests focusing on individuals’ stories. As a passenger and observer of the protest site, I noticed that within this experiential context of artistic creativity and co-creation many passengers and tourists were gradually feeling that they were becoming part of it.

In general, several political organizations and communities have employed artwork so as to encourage activism or social awareness for example. From the Occupy Movement’s artistic installations to Urban Arts Work in Seattle for the support of mid-level juvenile offenders and the Chicago Public Art Group for the promotion of community history, we observe the efforts of these groups to create emotions, communication and engagement with their audiences. Nevertheless, we can argue the most prominent feature of the Hong Kong Movement had been the spontaneity, improvisation and authenticity characterizing the production, promotion and co-creation of artwork. Thereupon, we observe the emergence of a dynamic movement and protest phenomenon that was developed within a period of three months despite the fact that it was lacking a central organized committee. The formation and display of outdoor artistic galleries – within the perimeter of barricaded streets – emerged impulsively and communicated to passengers elements of uniqueness, genuineness and sincerity as regards protesters’ aims. As the renowned artist Gerald Brommer said “without emotional content we make pictures; with it, we create art.” Conclusively, it can suggested that the Umbrella Movement artwork can be viewed as a very prominent example of how a group of protesters can reduce – but not alleviate – the complexity of ideological and political messages by infusing practices of audience’s engagement and emotional elements within their artistic production communicating universal values such as freedom, democracy and justice. 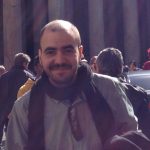 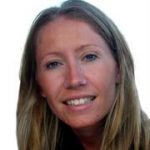 Anastasia Veneti is Senior Lecturer in Marketing Communications in the Media School, Bournemouth University. Her research focuses on political communication, media framing, protests and social movements, visual communication and photojournalism. She has written on the use of social media in political communication, political advertising, selfies, the media framing of protests and social movements (Greek Indignados, OWS, Umbrella Revolution etc). Her work has been published in edited volumes and academic journals. Books include Political Advertising and Citizens’ Perceptions (Nisos, 2009 in Greek).