Back in April 2011, while listening to a Canadian rock radio station online, I heard the news about a recent ‘SlutWalk’ protest in Toronto which was generating much discussion, disagreement and debate, initially in Canada, but eventually across the globe. SlutWalk was a protest in which thousands of women, men and some children, took to the street to challenge the ways victims (particularly women), were routinely blamed and ‘slut-shamed’ after being sexually assaulted – the idea being that they ‘provoked’ assault by dressing or acting like ‘sluts.’ As an expert in the ways feminist movements and activists have been represented in the media (Mendes 2011), I was enraged by the way this movement was being reported on, ridiculed and dismissed, initially by this group of mostly male Toronto DJ’s, but consistently by other media commentators, pundits and journalists.

In response, I began to follow and study this grassroots movement as it developed. Just weeks after the first SlutWalk exploded in Toronto, other walks were being organised in other Canadian cities, before moving south to the US, Central and South America, and then across the Atlantic to Europe, Africa, the Middle East, Australasia and Asia. Although there have been a number of other anti-rape movements such as Reclaim the Night, which have been in existence for decades, something about SlutWalk resonated with tens of thousands of people, many of whom were sexual assault survivors, but many others who were simply sick of the ways women’s bodies, actions, clothing and appearance were policed, and used as excuses to shame, blame and abuse them.

Not only did SlutWalk generate news articles, columns, features and letters to the editor, it sparked a flurry of blog posts, particularly in the thriving feminist blogosphere. And what was clear about SlutWalk, is that like other protests which capitalise on anger and outrage (Jasper 1997), SlutWalk was a movement which generated emotion. Whether you supported it or opposed it, news articles and blog posts were filled with emotion. For example, a number of commentators noted the ways the movement was naïve, perpetuated rather than challenged the patriarchy, and was generally misguided. Others focused on the ways SlutWalk participants had no clear sense of how the movement challenged the status quo. As one of the movement’s fiercest critics, Meghan Murphy parodied: ‘We love sex and we’re sluts! Take that, patriarchy! We wear lingerie to challenge, um…We’re not sure! SLUTS YOU GUYS!‘.

On the other hand, numerous survivors or sexual assault shared stories about the importance of SlutWalk, not only for making visible resources for sexual assault prevention and recovery, but for creating a ‘safe space to publicly speak out against sexual assault’. Several sex workers used blogs to share:

‘[H]ow important SlutWalk is to me – particularly as a sex worker, whose chances of being assaulted are much higher, with little to no protection from the state because of my legal invisibility. In fact, the only thing the state is likely to do for me is punitive. For me, SlutWalk is so much more than just a protest against sexual assault and victim blaming – it’s about reconfiguring cultural attitudes about women’s choices about their own bodies, their own sexuality’.

And pissed off members of the public used the movement as a way to reclaim bodily agency and pride:

‘I do have a sexuality, I do have physicality, I am sexy damnit. And that is not a shameful thing, that is not a loss of dignity. It’s reclaiming ownership of what is rightly mine from the start – and making a stand to assert that no one has the right to abuse, insult, malign, harm, or attack anyone AT ALL, including me, for making our own damn bodily choices. Even if they are the slut-version of Voldemort. Even if they are “cheap STD-infected hookers’. Even if they’re not sexy. Even if they are sexy.

As part of my research I also interviewed 22 organisers of SlutWalks around the world, all of whom were clearly touched, and many of whom were left emotionally drained from their involvement with the movement. All of this points to the affective labour involved in activism, which is often understudied. As Umeshree Govender, organiser of SlutWalk Cape Town pointed out, her involvement included a mixture of ‘euphoria’ and ‘heartbreak.’ She was euphoric about being able to bring together over 2,000 people in solidarity for a cause, but heartbroken to hear so many stories from survivors and their efforts to convince others they were not to blame for their assault. SlutWalk Chicago organiser Stephanie Sutton on the other hand saw her involvement in the movement as a crucial way of healing after her own assault. As she stated, being involved with SlutWalk ‘felt like it was the only way I could take power over that situation [the assault] and seek any form of justice, and I know there are others who definitely feel that way.’

Regardless of how many cities SlutWalk spread to, or how many thousands attended, from a feminist perspective, it’s clear from the thousands of testimonies, Tweets, articles and blogs that the movement acted as a form of healing, solidarity, and even empowerment for many. And while this individual level of healing is certainly important, SlutWalk did more than that – it managed to introduce a range of feminist rhetoric and discourses into the mainstream. Concepts such as rape culture, victim-blaming, and slut-shaming are all on the public’s agenda, and are being vociferously debated and discussed amongst students, scholars, academics, pundits, politicians and policy makers. For its ability to raise consciousness on these issues, and bring rape and sexual assault back onto the public’s agenda, like it or loathe it, the movement, in my view can only be viewed as a great success. 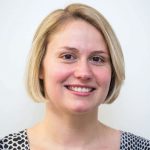 Dr. Kaitlynn Mendes is a Senior Lecturer in the Department of Media and Communication at the University of Leicester. Kaitlynn is an expert on feminism, activism and gender issues in the media, and has published in journals such as Feminist Media Studies; Media, Culture and Society; The International Journal of Cultural Studies, and the Journal of Gender Studies. Kaitlynn is also the author/editor of four books, Feminism in the News: Representations of the Women’s Movement Since the 1960s (Palgrave, 2011); Feminist Erasures: Challenging Backlash Culture (edited with Kumarini Silva, Palgrave, 2015), The Routledge Major Works Collection: Gender and Media (Routledge, forthcoming 2016), and SlutWalk: Feminism, Activism and Media (Palgrave, 2015), which was recently selected as Book of the Week for the Times Higher Education magazine. In addition to her academic research, Kaitlynn has appeared on programmes such as the BBC’s Woman’s Hour, numerous BBC Radio Leicester shows, and regularly writes op-eds for publications such as The Conversation and The Leicester Mercury.