28 Between enabling and restricting dissent: The two faces of social media

From the ‘Twitter’ and ‘Facebook-Revolutions’ in Iran in 2009 and Egypt in 2011 to the more recent activities of the Yo Soy 123 movement in Mexico, the Gezi Park protests in Turkey, or the Umbrella movement in Hong Kong, social media have been widely credited as an important force in supporting social and political change. While over-enthusiastic and technologically-deterministic notions of social media-based uprisings have been criticised, many observers maintain that digital platforms have been ‘effective catalysts’ for change and amplifiers of social movement activism. They have expanded the reach of protest mobilisations, enabled the creation of forums for free speech and for shared social and political criticism, and generated social spaces for developing critical discourses, especially where an open public sphere does not exist. Beyond facilitating protest, they have been vehicles to monitor elections and expose wrong-doings, and they have served as key platforms for ‘citizen witnessing’ and other forms of citizen journalism and grassroots reporting. As mechanisms for peer production and for sharing remixes, memes and mash-ups, they have become an essential infrastructure of contemporary participatory culture.

As crucial sites for protest and dissent, social media continue (and expand) the roles played by earlier forms of social movement media, alternative media, and ‘our media’. On a variety of platforms, these media have been used for spreading dissident information and have served as communication infrastructure for social movements – from the alternative press to video activism, and to the Indymedia network and grassroots tech groups (Milan, 2013). However most of these earlier media practices have been characterized by one decisive factor: they have been self-organised and self-managed, owned and controlled by civil society groups, typically in a non-profit, open and participatory fashion.

Social media, in contrast, are owned by private sector entities and operate under a commercial logic. As pointed out by Leistert, rather than guided by activist concerns, they are centred around ‘a complex and dynamic set of highly opaque tools for selling advertisements, commodities and data‘. With user data collection and analysis as their main business model, they track our online activities and preferences, and they provide a semi-public sphere of free and democratic communication only insofar as this aligns with their commercial goals. Social media users are customers, not citizens.

This has led to serious challenges for activists, and here I want to point to three of these.

First, the ‘big data’ generated through Google, Facebook and others is at the heart of current surveillance trends, as highlighted by the Snowden leaks. The ‘data mine’ of social media allows for the detailed monitoring and analysis of Internet users, including their locations, activities, preferences, friends and networks, and political orientations. Social media-based intelligence gathering (or SOCMINT) has become an important part of police investigations, including those that address activism and protest. Their use for law enforcement and predictive policing is complemented by data-based categorising of people along social, economic and political lines. The consequences of this have been felt, particularly, in the aftermath of ‘social media revolutions’ in the Middle East and elsewhere, where the use of platforms such as Facebook, Twitter and YouTube served as a means for the state to identify and arrest protesters. In Iran, Tunisia, Syria and elsewhere, authorities have used social media to scrape user data and infect the computers of opposition supporters with spying software.

Second, as the surveillance examples show, social media companies have been prone to government interventions and pressures. Robert Hannigan, Director of the British Government Communications Headquarters (GCHQ), has called social media networks “terrorists’ command and control networks of choice”, and Prime Minister David Cameron added that he would “step up pressure on web companies such as Facebook and Twitter to do more to co-operate with the intelligence agencies”. Social media platforms have been blocked in countries such as China, Iran, Pakistan, Thailand and Turkey, often as a direct reaction to protests, uprisings, and criticism of governments. Prosecutions against bloggers and social media users for comments posted online have risen sharply, too – in Britain alone, at least 6,000 people a year were investigated between 2012 and 2015, in some cases leading to severe sentences.

Third, Internet companies are self-regulating what they deem acceptable speech. Prominent examples have included Facebook censoring pictures of breastfeeding mothers, as well as cartoons depicting naked people, such as a naked Adam and Eve in the garden of Eden, and Apple deleting an app from its app store that marked US drone strikes on a geographic map, but also the take-down of activist pages by Facebook in the run-up to protest events ‘as part of a growing effort by Facebook to crack down on the presence of political groups on its network’. In addition to direct interventions, the algorithmic sorting of content can weaken the visibility of activist and dissident content – for example, when Google’s inclusion of ‘truthfulness’ as a criteria in the search ranking prioritizes mainstream narratives. User-based measures to report problematic content – such as the Facebook Report Abuse button – are sometimes used strategically to stifle dissent.

Social media platforms have provided an important means of activist and dissident communication, but they are also key sites where the tension between free communication and the emerging reality of restriction and censorship is played out. They are enlisted by the state to police the net and monitor their users, but they also play an active role in developing and enforcing new rules for allowing as well as restricting information, and they thus provide and withdraw vital spaces and resources for communication.

The points raised in this blog post are discussed in more detail in the article ‘Restricting digital sites of dissent: commercial social media and free expression’ and in the book ‘Critical Perspectives on Social Media and Protest’. 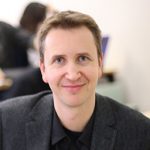 Arne Hintz is a Senior Lecturer at the School of Journalism, Media and Cultural Studies at Cardiff University, UK. His research connects communication policy, media activism and digital citizenship. He has published on community media, social media, WikiLeaks, internet governance, surveillance, and similar topics. He is a member of the Open Rights Group and has been involved with policy forums such as the World Summit on the Information Society and the Internet Governance Forum. Arne tweets at @arne_hz.