20 Journalism and history: Either ‘patriotic’ or truthful

Natalie Fenton comments on claims that the internet is ‘an organizing model for a new form of political protest‘, but she also draws attention to Gramsci’s view, that forms of protest such as ‘the scream’ are not necessarily ‘truly political‘. They can appear to be expressed in a political vocabulary, yet they are rather emotional, unfounded in rational terms, I would add. Although Fenton aims to offer a strong argument in favour of including radical or left-wing politics as an important factor in any analysis of protest and digital media, I suggest a broader and more general reading of iller interesting analysis. Thus, for the purpose of the present note, I propose that we keep the possibility of some protesting views being more emotional and less political; based more on myth and imagination rather than on verifiable information.

Complementing these suggestions, and certainly extending them outside Fenton’s framework of radical politics, Mojca Pajnik and John D. H. Downing indicate that one should not equate ‘alternative’ politics or ‘alternative’ media to progressive or radical ones. Hitler’s Nazist regime in Germany and Khomeini’s ‘brutal theocracy’ in Iran used the then alternative media and political tactics to persuade the public and establish themselves. Today, the authors explain, ‘mechanisms that are supposedly conducive to the democratization of society are seen as those which can also function as mechanisms for the exclusion of citizens, for example in the case of the spread of racism and xenophobia via new media’.

What, in socio-psychological terms, is described as ‘xenophobia’, can be called ‘nationalism’ in ideological ones. ‘Nationalists’ believe in the superiority of their nation compared to other nations. But what is a ‘nation’? It is a ‘sentiment rooted in broad historical, geographical, linguistic, or cultural circumstances. A consciousness of belonging to a tradition which differs from the traditions of other groups’. It is a ‘relational term; one nation consists in being what other nations are not’. It is an entity about which ‘no ‘scientific definition’ can be devised‘. We observe, then, a theoretical impossibility for one to provide a generally accepted scientific definition of the ‘nation’, and a pragmatic reality, that billions of people take this concept for granted. They consider themselves as belonging to a nation. They feel that they are different from ‘others’. They are proud of their collective and inherited being. Ultimately, they may even be ready to kill or die ‘for these inventions‘.

Such a belief includes people’s readiness to accept invented myths as history; to describe their feelings as patriotism and the same feelings of ‘others’ as nationalism; to not question why ‘we’ are always innocent victims and ‘others’ are always aggressors. This emotion can influence people’s understanding of contemporary issues; a great part of Europe’s public opinion believes that most non-EU citizens permitted to reside in the European Union in recent years came from predominantly Muslim countries, such as Syria, Iraq and Afghanistan. However, official Eurostat data draws a very different picture; most non-EU citizens who received residence permits in the EU during 2014 were from the United States, Ukraine, China and India. The same emotion can influence people’s understanding of historical realities. It can make most Greeks believe that Greek and Christian education was forbidden and persecuted during Ottoman times, so that Greek children had to attend a ‘secret school’; this belief is deeply rooted and constantly reproduced by school books and media, despite its repeated refutation by numerous respected historians.

Reporting ‘the truth’ or what?

It would be interesting if one assessed whether journalists, the professionals whose mission is supposed to be to report ‘the truth’ to the public, value the duty to tell the truth higher or lower than that to defend ‘national interest’. Hillel Nossek argues that ‘journalists generally handle any tensions between their journalistic values and the need to meet national ends by having a belief system such as patriotism’. Nossek notes that there are exceptions, but holds that ‘journalists who lack the “right attitude” earn themselves labels like “irresponsible” and “ideological”‘. Prevalent in most Greek and Turkish journalists is the belief that they have a duty to safeguard the ‘national interest’ and the ‘national image’, rather than their desire to report accurately in all cases. This is caused by two factors: (1) the fear that they will be labelled as traitors and (2) constant peer pressure.

‘I overheard a Greek journalist expressing a personal view that deviated from the norm on a “national issue”, and yet, the very next day, I read in the newspaper a standard (aligned with the predominant view) article on the matter signed by the very same journalist’, said Greek journalist Manolis Kostidis. ‘When it comes to Greece, there is a historic preoccupation in the Turkish press. The editors of almost all newspapers, are rather suspicious’, added Mehveş Evin, a Turkish journalist. ‘When it comes to a story about Turkey, I don’t see much difference between an extreme right wing and a left of centre Greek newspaper’, commented Mihalis Vasiliadis, publisher of a Greek minority newspaper in Turkey. ‘When I was looking at Greek matters from Turkey, I was writing one-sidedly’, were the words of Nur Batur, a Turkish journalist – former Athens correspondent. A statement offering some explanation of the situation was made by Mihalis Vasiliadis, a Turkish born Greek journalist, having worked in both countries: ‘I have been sued and taken to a court of justice in two cases; once in Turkey, for allegedly spreading Greek propaganda, and once in Greece, for allegedly spreading Turkish propaganda’.

Are journalists, then, more ‘patriotic’ rather than ‘truthful’ only because they are forced to be so? Not really. Nationalism is a feeling implanted in almost everybody, an ideology within many other ideologies. Umut Özkırımlı and Spyros Sofos, co-authors of a joint effort to shed academic light on the two sides of nationalism in Greece and Turkey, honestly admit: ‘We found that nothing was as unambiguous as we had originally anticipated. Where one of us would see specific injustices, victims and traumas, the other’s perspective would point out alternative ones, silenced and repressed in the other’s proposed narrative’. Whether we are journalists, then, academics, or anything else, it seems that we can easily detect signs of nationalism in the words and actions of the ‘other’ but not in our own ones; however, our own nationalist bias is evident for our colleagues from the ‘other’ side. This is a challenge worth to be addressed, but requiring a lot more effort than the one made so far. 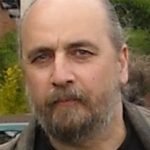