What follows is a very personal and emotional response to my participation in the Politics, Emotion and Protest workshop, coordinated by the social movements groups within the Media, Communications and Cultural Studies Association. Whilst it is neither a piece of research, nor an outline of my previous or current research activity, it does – polemically – reflect the impact the workshop had on how I conceptually orientate myself to my working practice as an academic researcher within the field of critical event studies.

Within the cultural political economy of neo-liberalism the imaginary of the event is construed as a commodity. Festivals fabricate lifestyle choices, even if only for one muddy weekend in summer, with their associated tat, and are frequently evaluated in terms of increased footfall and visitor spend. Conferences are assessed against the growth of individual and corporate networks, enhancements to individual skillsets augmenting worker productivity or new business contracts signed. Even celebratory rites of passage (weddings, christenings, even funerals) carry associated products and services for sale to enrich the ‘experience’ of those participating (living and dead). Space itself, within this frame of reference, is conceptualised as depoliticised. It is conceived as a blank canvas upon which the event occurs – a canvas whose past is erased in some cases, given a dressed and distorted formulation in others, but essentially one that competes with other spaces and can be over-written with whatever the money wants it to be.

In what ways are politics, emotion and protest commonly understood within event studies and events management in such a context? Politics is most frequently construed as a legislative lens through which the ‘event manager’ gains an perspective on what is and is not permitted within the ‘event’ space, as well as what constitutes a legally permissible space for any particular proposed ‘event’. Performing arts licences, drinks licenses, emergency action plans, pre-set press release templates in case of a crisis situation occurs (such as, for example, the collapse of a stage or the drug related death of an attendee), health and safety plans, and so forth, all frame the political context for the ‘event’. Emotion becomes little more than a product for sale within the eventised ‘experience’; monetised through merchandising and memorabilia. T-Shirts; DVDs; key rings – there seems no end to the way our memories can be exploited. All those things you never realised you didn’t want, are packaged, re-packaged, and sold to us. Even our own documentation of the ‘event’ becomes an imaginary of space for the fabrication of ‘spontaneous’ selfie/ photo bombing/ cosplaying/ me with the band/ CEO/ cult TV celebrity (delete as appropriate) opportunities, that are little more than a thin masquerade for product placement and promotion. Whilst protest (dissent) is portrayed as violent, in actuality or in terms of its potential as a risk: teetering on the edge of disorder. An impeding factor that an operationally focused ‘event’ organiser, within this commercially driven agenda, needs to plan around or mitigate against. Civil disobedience, protest, speaking truth to power, is a non-event event within the dominant discourse of event management. However, as a critical event studies researcher my focus is precisely on such supposed non-event events.

But ‘events’ are not things in themselves, they intervene the social; they reveal space to be contested; they show it to be multiple, fractal, nuanced. Neo-liberalism, on the other hand, construes space as a palimpsest, if the income generating potential is right, meaning can be written, erased and rewritten. It is in the nature of late capitalism to operate as a means of constructive forgetting. What was once a site where workers fought to overthrow the shackles of domination becomes a shopping mall; an entertainment complex; a luxury gym: forget religion – these are the new temples for the opiates of the people.

What ‘events’ actually do, no matter how carefully any ‘event management’ tries to contain them, is work like a tectonic on everyday life. The ‘event’ exposes the discourses at work, particularly those that are attempting to manage the ‘event’ within a dominant hegemony. ‘Event management’ becomes an attempt to manage the steerage of discourse, as well as being a discourse of ‘management’, and space is heterotopic – but only as a heterotopia of the imaginary, so that it can be sold back to those who have had its reality robbed from them. The act of ‘event management’ becomes that of reproducing and sustaining a dominant hegemony in which the ‘event’ is taking place. Yet the management of those ‘events’ conceived as prototypical within mainstream event studies (global sporting events; world fairs etc.) are not consciously experienced as domination, manipulation or reinvention, as the hegemonic dynamics of event management is either overlooked or construed as an irrelevance.

One of the things that drives me as an academic researcher is a real will to conceive a truly critical event studies; one that asks if a genuinely emancipatory events studies is possible; one that problematizes ‘event’; that understands that ‘event’ and the ‘event’ spaces are essentially contested. A critical event studies that tries to explore and, to a certain extent, untangle the interlaced layers of contestation exposed by the character of ‘event’ as that which intervenes. My interest is in those non-event events, actions and interactions of groups of people, whether social movement or not, that challenge the neo-liberal narrative of the depoliticisation of space. I learnt a lot from participating in the workshop – not the least of which was a greater clarity in understanding that politics, emotion and protest were not an irritating environmental factor to be negotiated, a marketing opportunity to be seized, or a problem to be mitigated. They are central to what a critical event studies should aim for. Using them as a foundation for its critique, exploration, interrogation, interpretation and values. 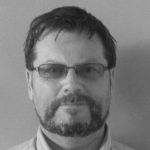 Ian R Lamond is Senior Lecturer in the School of Events, Tourism & Hospitality at Leeds Metropolitan University. His research is concerned with the working practices of social movements and how such movements respond to policy change. His work has been presented at several international conferences – spanning disciplines such as political science; political communication, policy studies, critical tourism studies and critical discourse analysis.