It is a warm overcast day. The forecast warns that it will reach 30 for the sixth day in a row and that people with respiratory problems should remain indoors. On your way to your second job, you don’t pass many people on the streets. Across from the Dvoretza in the officially designated free-speech zone is yet another protest by yet more malcontents. Today’s protest is pretty large—maybe 60-70 people protesting against the latest iteration of the government. You try to remember the coalition of letters that make up the current super grand coalition, but you get lost in the jumble of letters.

The parties used to run against each other, but that was before they figured out that it was easier for them to create a super grand coalition. The same five parties have been in power for the past twelve years. You thought about joining one of the parties a few years back, but you did not have the 5,000 leva yearly party dues and dropped the idea.

You look at the faces of the protesters—tired and worn. Nearly all, like you, are beginning to grey or went grey years ago. There are a few children in the crowd attached to their grannies, but as usual almost no one in between. You read some of the signs—the usual complaints about work and corruption. However, you have to decipher several of the signs because their meanings are hidden in misspellings and impossible grammatical constructions. On the benches nearby, the only people watching are pensioners, homeless people, and unfortunate refugees from the latest wave.

It has been a tough twenty years all over the world. Today’s non-stop news brings non-stop stories: civil wars; another action by the Common European Border Protection Force (this time only 30 people were killed; it is usually more); another super-typhoon killed 15,000; and some Chinese investors just bought that big American soft drinks company.

Here at home, the government has lurched from small crisis to crisis. You remember that these crises used to spawn larger protests, but that was before biometric scanners were installed in the billboards. Advertisers said that they would save you time and energy by showing you only those advertisements that you wanted to see. But it didn’t take too long to realize that the companies turned around and sold the information to the government. So now, your face, name, financial history, and health conditions are read every time you walk by a billboard. Of course, this pretty much destroyed most large public protests after rumors circulated of protesters losing their jobs or having problems getting needed medicines.

You look down at your scratched up wrist phone. You couldn’t afford to buy the P-27 model and the new P-28 model will have to wait as well. You’re expecting a call from your daughter in Shanghai in a few minutes, so you need to get someplace a little quieter. Like most of her friends, she went away for university and never came back. You would like to hold her in your arms like you did when she was a little girl. She’s only four hours away on the newest superjets, but the super cost of the ticket means that you’ll just have to do with a scratchy small screen conversation.

You think about the situation that you find yourself in. You know you live in a democracy because you voted in the last elections. OK, not because you thought your vote meant anything, but because you wanted to win a 13th salary in the election lottery. You can work wherever you want—of course, if you have the connections to find a job. You can think what you want—but it’s probably better not to think too loudly. You can protest—as long as it is in the officially designated protest area. You could even immigrate—but most places only want younger people and your computer skills are about a year behind current and, anyway, it takes a lot of money to immigrate.

You wonder how it all came to this. And you remember seeing some really smart guy on a TEDx clip—he talked about the collapse of civic trust and representative government. You think back to a politics class you took at university. That political philosopher…what was his name?…Constant. You did great on the exam because you actually read and remembered what he wrote. He wrote about individual liberty and political liberty. Individual liberty was about getting to do what you want to do—you liked individual liberty. Political liberty was not so interesting. It was something about all of us getting together to decide what was best for all of us, not just some of us. You remember that Constant warned that if we don’t find the time and energy to become involved politically that someone else would be very happy to become involved for us.

You remember in 2013 during the spring and summer protests that some people talked about making representative government really work. They said that the challenge in Bulgaria was not unique. Other places were having similar problems with representative democracy. Other people also felt detached from their parliaments and presidents and parties and prime ministers, so they just disengaged. Like in most of the world, even in most of Europe, it was easier to just go to work or more fun to go out than to spend time thinking how we could make government work better and smarter and cleaner and then going out and making it happen.

But it didn’t seem very important then.

This article was originally published in a special edition of Capital. 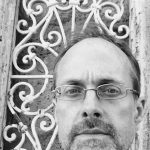