12 A lesson in self-immolation

Christina Grozeva and Peter Valchanov’s The Lesson (2014) is probably the first feature film that explains the Bulgarian winter of discontent in 2013. It tells the story of a ‘normal’ week in the life Nadezhda (Margarita Gosheva), a Bulgarian school teacher from a small town. While she tries to punish one of her students who committed theft in a morally instructive way, life teaches the instructor a much more serious moral lesson. The Lesson is based on a true story from 2010, sensationally publicized in the Bulgarian media as ‘A teacher robbed a bank with a toy gun‘. This title attracted the attention of the two directors. The film is interesting not only because of its unusual and curious story, but precisely because it is told through the many painful truths in the everyday life of an ‘ordinary’ Bulgarian.

At the first glance, the movie is fun. Viewers laugh heartily at the teacher’s masterfully portrayed clumsiness, at the infantile comments and reactions of the adult characters in the movie, at the moments when human strength, weakness, and ingenuity backfire or lubricate stalled mechanisms of everyday life. Yet, the smiles gradually freeze and so does the heart. With a stunning simplicity, typical of directors such as Michael Haneke, Grozeva and Valchanov lead Nadezhda through all the cycles of a modern hell. Unemployment and precarity, uncertainty and exploitation, physical threats and sexual coercion all feature in Nadezhda’s story as she tries to pay back the last installments of her family’s mortgage.

The Lesson reveals a long-held public secret: most of the physical and emotional labor in the world today falls on the backs of women. Beyond the work women perform in their workplace, they are the ones who not only take care of the family’s survival and well-being, but also predominantly manage the household economy and debt. The film also reveals the difficulties and the conflicts which women face in an advanced capitalist society: the need to confront not only gender inequalities but also the crumbling of all networks of institutional and interpersonal solidarity and support. The story of the Bulgarian teacher shows what happens when all forms of human dignity and mutual aid are allotted monetary value and expected to perform according to market rules. It reminds us that despite the promise of 1989 the post-socialist world was not liberated from relentless bureaucracy – that it lives on and lives well, ever more soulless and impersonal, especially in these times of new technologies. The Lesson does not shy away from the painful topic of corruption: the normalized impunity of informal cooperation between the agents of law enforcement, financial capital and the criminal world. Without becoming sensationalist, the film shows the subtle yet brutal mechanisms of physical, sexual, and emotional coercion in a financially and emotionally impoverished society.

Nadezhda is a woman in a man’s world. Judging by the characters in the film, Bulgarian men (or men in general) can easily afford to act ruthlessly, irresponsibly and with impunity toward all women around them. Women are bullied, lied to, or left in oblivion. The audience is stunned by the respectable yet inexplicable pride with which the teacher suffers humiliation from the male characters in the movie. The only somewhat different male role is taken by Nadezhda’s unemployed husband (Ivan Barnev). Despite his apparent naivety, however, he secretly takes out a mortgage and only confesses this to her once it is too late. Yet, despite his wrongdoing, Nadezhda fears hurting or humiliating him.

It is here that the events of the winter of 2013 appear as a negative background to the movie. In late January that year Bulgaria witnessed seven self-immolations (since then the number has increased to over twenty). With one exception – a single mother – all who have committed self-immolation were men. As in the case of Mohamed Bouazizi – the man whose self-immolation ignited the fire of the Arab Spring –  these Bulgarian “living torches” are often failed breadwinners in families exposed to prolonged poverty, unemployment, and insecurity. They often commit suicide after failing to pay off their seemingly insignificant household debts. For a Bulgarian household, however, these few hundreds or few thousands of Euro debt are simply not insignificant. Still less, as the film reminds us, when the stake of the loan is not just monetary: paying off the debt becomes an issue of life and death. These debtors are betwixt and between the impersonal power of the bank and the rising institution of ‘private lenders’: thugs who will stop at nothing to collect the loan with its huge interest. These ‘lenders’ are now a growing part of the daily scenery of the Bulgarian economic and social life. One can take a walk down the streets of any town to see mushrooming pawnshops, outnumbered only by casinos, bingo halls, and bookmakers’ clubs. Named after Western cities or tropical destinations, they prowl about, offering risky ways to deal with the growing household debt, until a straw breaks the camel’s back, sometimes, literally.

What the film fails to offer is even a hint to the causes and conditions: why is it that a Bulgarian teacher decided to rob a bank in 2010? While the movie lacks historical references, the genealogy of the Bulgarian The Lesson is painfully clear. The introduction of market economy after 1989 deepened the growing poverty and inequality already present in the later years of state socialism. The closure of peasant cooperatives and factories after mass privatization in the 1990s concentrated the political and economic power in the hands of the banking, commercial and political elite. It immersed a growing number of Bulgarian families in a never-ending crisis, unemployment, and uncertainty. The global financial crisis of 2008, portrayed as alien to our “stable economy”, was used as a justification for continuing austerity, shrinking revenues and rises in prices. As Romanian anthropologist Florin Poenaru recently wrote, the message of post-socialist governments was: ‘The poor must die!‘

Although global protest movements raged in the streets expressing indignation that ordinary people were paying the bill of the banking crisis, in Bulgaria even timid criticisms of capitalism as a system were met with resentment; as heretic attempts to restrict the holy freedom of the market.Illogical alliances and antagonisms emerged. ‘Civil’ dissatisfaction with corrupt politics was opposed to ‘social’ discontent with rising misery: The ‘hard-working middle classes’ (main protagonists of the July protests) did not see allies in those who protested the electricity price hikes the preceding February. The destruction of the welfare state was presented as a sign of improvement. Privatization and austerity were seen as remedies to unemployment and impoverishment, while the latter were attributed to personal laziness and lack of entrepreneurial spirit. Equality and social justice are presented as incompatible with freedom and contrary to the ‘morality’ of the market.

The self-immolations as well as the true story ofThe Lesson show that Bulgarians are now ‘proud’ beneficiaries of one of the main features of advanced capitalist societies, that is, anomie: the lack of rights and clear norms and rules of social integration, collective justice, and solidarity. Citizens’ participation in today’s society happens almost exclusively through consumption. In the situation of chronic poverty, precarious income fails to meet the rising price of consumption and – as a logical consequence – of household debt. Informal loans provide a quick-fix and unsustainable solution. They gradually become an unbearable, dangerous burden, as households sink deeper into the quagmire of debt.

For some the outcome is suicide (and even the spectacular form of self immolation). This is historically and statistically truer for men. They turn to forms of self-aggression especially in situations that deprive them of their symbolic masculinity: the persistent norm that men should be strong and act as breadwinners, even today, when the largest part of productive, and reproductive work is done by women. The gender pay-gap and traditionally lower pay of feminised forms of work (such as teaching) as well as formal and informal care work which women do still happen in conditions of growing gender inequality. Thus, no surprises when women resort to highly stigmatized and dangerous solutions as sex work, or – less often – as bank robbery. The reasons to seek such solutions – the economic deadlock and coercion of women (and people in general) in the former Eastern bloc – are hardly mentioned and even less addressed in policy reports both in Bulgaria and abroad. Campaigns against domestic violence shy away from mentioning the economic and social reasons that draw Bulgarian men to violence, and women – to migration, often along dangerous paths.

I watched The Lesson with a friend who was attending a creative writing course. He was delighted: “The directors follow the basic rule we are taught in class: if you want to tell a credible story, be a sadist to your characters! Torture them, don’t stop, don’t let them take a breath…” His words stayed with me. Perhaps that is why people still withstand capitalism – its story is credible. And so is that of The Lesson.

A version of this article was originally published in LeftEast. 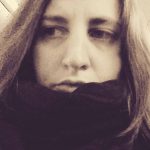 Mariya Ivancheva is a sociologist and anthropologist. She is a Post-Doctoral Research Fellow at the Equality Studies Centre, University College Dublin. Mariya is a member of Attac Ireland and the editorial board of LeftEast. She can be found on Twitter as @mivanche.