16 Past, media, and protest: The Japanese media’s nostalgia for the recent past

The number of Japanese media representations of a deeply nostalgic longing for the Japanese heyday of the economic boom in the 1960s and occasionally the 1970s has recently flourished. This phenomenon has been called the ‘Shōwa thirties boom’ (Shōwa sanjyū nendai būmu) or ‘Shōwa thirties nostalgia’ (Shōwa sanjyū nendai nosutarujia), as the 1960s in the Gregorian calendar corresponds to the third decade of the Shōwa (Hirohito) Emperor’s reign (1926–1989).

Remakes of 1960s’ and 1970s’ television dramas, and recent drama serials that copy the style of the Shōwa 30s have also gained in popularity. Moreover, recent years have seen the production of a number of television documentaries, magazine articles, and popular songs that focus on the ‘glory’ of that period.

Shōwa nostalgia has been frequently discussed in Japanese journalism, but most of these discussions are problematic because of the many unspoken assumptions and presuppositions therein. It is presupposed, for example, that Shōwa Nostalgia causes this time period to be regarded in a positive light. Journalists admire this time period, and often compare it with the present. There is a presupposition that Shōwa Nostalgia is harmless and naive. There is also a presupposition as to why the only periods highlighted are the Shōwa 30s and 40s.

It is worth noting that not only journalists but also academics scarcely doubt the prevailing belief that the Shōwa 30s was a favourable period during which people’s private lives were overflowing with happiness due to the economic boom. Of course, some academics are sceptical about the prevailing belief; however, what is important here is that both scholars who glorify and criticise that time period share the preconceived notion that nostalgia-evoking media and cultural products have a high regard for the Shōwa 30s.

Therefore, they show little interest in analysing the narratives of these products, which has led to the absence of a detailed analysis of Shōwa nostalgic media and cultural products. For this reason, I have been conducting an in depth investigation of Showa nostalgic films and television programmes.

In my research, I demonstrate that the representations of Showa periods in nostalgic media and cultural products are entirely different from the arguments of journalism and intellectual discourse. Media and cultural products that seek to invoke a sense of nostalgia resist the real history of Japan—particularly its post-1960s’ history—while superficially expressing a yearning for that period in stereotypical terms. In other words, a sense of antagonism towards Japan’s post-war history may have prompted these nostalgic media producers to create a revisionist historical narrative of Japan’s post-war society or a counter-narrative to the dominant understanding of Japan’s post-war development.

What is important here is that the sense of antagonism towards Japan’s post-war history, as reflected in popular culture products, is in fact related to the current rise of the protest movement in Japan. Since the Great Eastern Japan Earthquake and Fukushima Nuclear Plant disaster in 2011, the antinuclear power movement has been increasingly active, as has been the protest movement against the incumbent Abe cabinet, particularly against the policy of constitutional change.

These protest movements have in common that they all critically review Japan’s post-war society and it is worth noting that not a few film directors, pop musicians, and manga artists of these cultural products are members and even leaders of these protest movements. In this regard, these movements are in fact related to Showa nostalgic popular culture products, and these two shape an important political and cultural trend in contemporary Japan.

I would like to mention some contentious areas here. First, as far as Showa nostalgia is concerned, similarities exist between the arguments of journalists, intellectuals, and politicians. Furthermore, in my opinion, there appears to be a form of ‘unconscious collusion’ between these outlets. This ‘unconscious collusion’ is evident in the fact that they consider the 1960s and ‘70s in Japan to be the ‘good old days’. This is most likely because it is advantageous for them to justify Japan’s post-war society and ignore the numerous social contradictions and antagonisms. These similarities between the arguments of journalists, intellectuals, and politicians are extremely important, not least because they appear to actually be related to the Liberal Democratic Party’s very long and independent rule of Japan.

Secondly, there is a large dichotomy between the arguments of journalists, intellectuals, and politicians and the representations found in popular culture products such as films, television dramas, and music. The films, television programmes, magazines, and theme parks that play upon nostalgic themes do not proudly boast of the results of Japan’s unprecedentedly sharp economic boom in the post-war period; rather, they tend to adhere to an incomplete picture of Japan’s economic development. What they involve is not a simple yearning for the life of decades past but an amalgam of love and hatred for the recent past and memories—a mixture of regret, discontent, and nostalgia. In any case, we can observe the massive political polarisation by investigating these representations and real life politics. 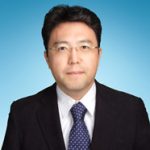 Katsuyuki Hidaka is Professor in Media and Cultural Studies at Ritsumeikan University in Kyoto and also a Research Associate at the Centre for Film Studies, SOAS, University of London. Before he became a Media Studies scholar, he had served as a TV director and producer for NHK (Japan Broadcasting Corporation) for many years.  Although his current research interests are diverse, they could be classified broadly into the following areas: first, memories, the past, modernity and media; secondly, media narratives after catastrophic disasters and social change (e.g. Japanese media since 3/11); and thirdly, the application of “Radical Democracy” (Laclau and Mouffe) to media and cultural studies. He has published widely in these fields including his recent book, Shōwa Nosutalujia To Wa Nanika (What is Shōwa Nostalgia?) (Sekai Shisōsha 2014).