Tabloid journalism is often disparaged for its use of emotional rhetoric, as a sensationalised, ‘dumbed-down’, and ‘soft’ form of news that is contrasted with the serious and dispassionate business of ‘hard’ news. Where tabloids appeal to base fears and prejudices against marginalised groups such as immigrants and welfare ‘scroungers’, this is clearly problematic. However, there are times when they attempt to use emotional narratives in a more political way that shares some characteristics with broadsheet investigative journalism and the more muckraking end of New Journalism, using human interest stories as forms of testimonial against official claims about social reality.

Recent scholarship has noted the lack of political challenge to the austerity agenda in the quality and public service sectors of news media, where the need for cuts has been broadly accepted as necessary. News media generally present cuts to welfare in particular as being supported by ‘the public’. However, in the wake of the Welfare Reform Act, the Daily Mirror and Sunday People, both owned by Trinity Mirror, ran campaigns in opposition to the ‘Bedroom Tax’, as opponents labelled the cuts to housing benefit for those deemed to have a ‘spare bedroom’. Both papers are centre-left leaning and Labour-supporting, though the Sunday People takes less interest in political issues in general and protest in particular, whilst the Mirror has been supportive of public sector strikes.

The basis of opposition to the policy was moral more than practical, so the ‘evidence’ presented to support the criticisms was of social injustice, something felt intuitively more than dispassionately calculated. Both campaigns focused primarily on anger as a politically motivating emotion. At first this anger was attributed to politicians, and then increasingly to readers responding to the campaign, principally in letters to the editor. The papers found some support in opinion polls that seemed to be shifting in their favour, but also took protest seriously as an expression of public outrage. Anger was also attributed to those affected by the bedroom tax, and despite being described as victims, they were not denied agency as is more typical in such campaigns.

The narratives of suffering aimed to legitimise a demand for political action. The newspapers encouraged affected individuals to write to MPs and even the Prime Minister setting out their case. However, these emotive tales of bedrooms used to house specialist medical equipment or kept as shrines to dead children were then treated as isolated cases that did not constitute a challenge to the policy as a whole. Government ministers were able to respond emotionally appropriately with sympathy and concern to discursively shut down the argument without actually doing anything. Commentators and letter writers accused them of being heartless – questioning the emotional authenticity of those platitudes – but to little effect.

Bakhtinian narrative theory suggests that emotional personal narrative can be useful in disrupting the dominant social narrative from within, by fitting into a dominant understanding but shifting it. In this case, the idea that politicians are out of touch with the lived reality of ‘ordinary people’ is practically common sense in the mainstream media, but depicting welfare claimants as equally legitimate subjects as ‘hardworking taxpayers’ is rather more radical. The danger, though, is that the narrative can degenerate into melodrama and lose the potential for structural critique. Yet in opinion columns, editorials and letters to the editor, there was a significant amount of explicit class politics, including accusing the government of setting the ‘working poor against the workless poor’.

Even Habermas – the great rationalist – has occasionally admitted that reasoned argument will not always be persuasive, and there may be a case for civil society groups thematizing and dramatizing issues to show why they are important. The danger with focusing on the suffering of victims, is, on the one hand, to speak on their behalf, and on the other to focus on their suffering over other more political emotions. For Deborah Gould, the political work is in transforming the affective response to marginalisation and exploitation into mobilizing emotions of indignance and outrage rather than shame. It is possible that taking seriously ‘victims’ objections to the policy (via the practical and emotional impact on their lives) could achieve that goal, through public support and solidarity.

On the other hand, the policy is criticised as unfair rather than unjust, which is a more meritocratic sense than one based in equality, and tends towards a focus on ‘deserving cases’ (such as the bereaved, disabled and militarily deployed) which could undermine the attempt to challenge the stigmatisation of welfare recipients as a whole. In individualising the issue, such a focus could reinforce the dominant narrative that responsibilizes the victim as a neoliberal subject. Whilst a more collective voice might be more effective in articulating class opposition and broader public solidarity, however, the aggregate of such stories over time must surely help to counter the more sensationalised tabloid narrative of large families living in mansions at public expense. 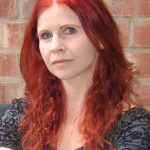 Jen Birks is an Assistant Professor in Media and Political Communication at University of Nottingham.  She is the author of News and Civil Society (Ashgate, 2014), and writes on publics and protest in news media.