23 Amplified messages: How hashtag activism and Twitter diplomacy converged at #ThisIsACoup – and won

#ThisisACoup, born in Barcelona as a part of a collective campaign started by members of the public in protest of the stringent Greek bailout demands, drew tweets from the mainstream media, Nobel Prize winners, and current Prime Ministers, and attracted over 1.1 billion views globally in July 2015.

There are some that say hashtag activism is not intended to have any effect on the real world, nevertheless, #ThisIsACoup demonstrates the power of social media for signifying solidarity, raising awareness, and rapidly spreading information across the globe.

Twitter boasts 316 million monthly active users with 500 million tweets per day, and its hashtags offer members of the public a route to signify solidarity, and raise awareness of events around the world in order to achieve Internet and hashtag activism.

Internet activism uses electronic communication most notably social media platforms such as Twitter, Facebook, YouTube, and citizen blogs among others to disseminate information to large audiences. Notable examples of Internet activism include social media’s role in the Arab Spring, and the Occupy Wall Street movements.

Hashtag activism, refers to the use of hashtags, in most instances Twitter hashtags, for the purposes of Internet activism. Notable examples of hashtag activism include: #BlackLivesMatter, #Kony2012,#StopGamerGate, and #IceBucketChallenge to name a few.

Twitter diplomacy is the use of social network and microblogging website Twitter by diplomats, heads of state, and leaders of intergovernmental organizations in order to perform outreach activities.

A recent high profile convergence of Internet activism, hashtag activism, and Twitter diplomacy is #ThisIsACoup. The motivations behind the hashtag, as explained by the organizers:

“We decided to support Francesca’s call to launch an online campaign to support the democratic will of the Greek people in the face of extortion by the Eurogroup in its negotiations with Syriza,” the statement continued. “The scandalous Eurogroup proposals yesterday made last night the ideal moment to create a hashtag to express and, above all, coordinate, our outrage at the extortion the Greek government and its people were being subject to. (quoted in the Guardian Article #ThisIsACoup: how a hashtag born in Barcelona spread across globe).”

It is clear from the hashtag organisers that they were undertaking online activism. As users were angry at the terms being imposed on Greece and aimed to signify solidarity and raise awareness of the situation. Further outrage was expressed by users adding #BoycottGermany alongside #ThisIsACoup to increase focus on the lead role Germany took in the crisis.

Influential Twitter users often amplify the message of a Twitter hashtag, and help it to reach viral status. One of the most influential accounts related to #ThisIsACoup becoming viral was from the current Prime Minister of Greece, Alexis Tsipras, which is an example of Twitter diplomacy. Nobel Prize winning economist, Paul Krugman, picked up the hashtag and referred to it in a blog post for the New York Times. The post became one of the most popular websites shared alongside the hashtag.

Online activists can have many aims. Sandor Vegh, in Cyberactivism: Online Activism in Theory and Practice, divides online activism into three categories:

Those behind #ThisIsACoup clearly succeeded in fulfilling the first of Sandor Vegh’s categories for online activism, as the hashtag undoubtedly raised awareness. If we look at the figures, for July there were over 600 thousand tweets sent and received by over 140 thousand users whom tweeted using the hashtag. To put it into perspective this is a hashtag that did not exist, at all, up until the situation in Greece emerged.

The hashtag quickly became global, as the top five locations for tweets excluding Greece were the United Kingdom, Spain, United States, France, and Germany.  As European officials stayed up all night on July 12 (Sunday) in order to secure a deal, by 09:00 GMT Monday morning the term was tweeted over 377,000 times. Additionally, Google web searches for Greece and Germany increased to reach their highest peak in over 10 years, seemingly corresponding to #ThisIsACoup.

Did #ThisIsACoup make any difference?

In order to address this question, it is important to look at Internet activism in a historical context. Josh Richman in the Oakland Tribune in 2002 outlines the case of a Berkeley website which provided a method of sending e-mail peace pleas to Israeli, Palestinian, and U.S. leaders. In one day, 10,000 citizens had used the website, and more than 208,000 had used the website within a week.

It is not difficult to see Twitter being used for online activism today, considering that it allows what Internet users were doing 15 years ago in a more rapid and public manner. Certainly the volume of #ThisIsACoup tweets far eclipses the Berkeley case. However, it is not clear hashtag activism changes anything.

Historically, the question was whether this type of armchair activism (Berkeley) alone could make a change or whether it would be counterproductive. Many argue it makes people feel like they have done something when they haven’t. This is sometimes known as slacktivism (a portmanteau of the words slacker and activism) which is the act of showing support for a cause in order to benefit a person’s sense of self-esteem.

This was particularly a concern in the early parts of the 21st century when sending emails and signing e-petitions as a form of activism started to gain force. The concern from activists was that politicians would understand how little effort it would take to click a mouse, and if it took a second to click a mouse, the appropriate amount of acknowledgement would be provided. Isn’t it similarly easy for politicians to ignore a hashtag?

Whether or not social media activism can directly bring about political or social change is debatable. It was possible for the Israeli government to block receipt of emails from activists in 2002, and certainly hashtags can be ignored by politicians. Similarly social media platforms themselves can be blocked by governments, and there are several well known cases of political censorship.

However, what is clear from #ThisIsACoup is that social media can raise awareness of a particular cause, allow members of the public to display solidarity on an unprecedented scale, and provide a platform to disseminate alternative news and information rapidly.

This article was originally published on the LSE Impact blog. 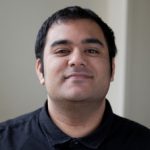 Wasim Ahmed is a PhD candidate at the Information School, at the University of Sheffield, and is the Twitter Manager for NatCen’s Social Research network New Social Media New Social Science (NSMNSS) network. The NSMNSS network explores how social media is changing social science. Wasim has peer reviewed publications related to Twitter APIs, of the challenges of analysing Twitter data related to Ebola, and of the analysis business uses of Twitter. Wasim also hosts a successful research blog about key trends and issues within social media research, and is a regular contributor to the London School of Economics and Political Science impact blog. He can be found on Twitter as @was3210).