4 Memory and history on the 2016 CND march in London

The Campaign for Nuclear Disarmament (CND) rally in London on February 27th 2016 was described in the media as ‘the biggest anti-nuclear weapons rally in a generation’,attracting tens of thousands who marched from Speaker’s Corner to Trafalgar Square. Memories of the enormous 1981 and ‘83 demonstrations in London, when at least a quarter of a million people poured into Hyde Park,haunted the day. That was at the height of tensions between the US and NATO allies and the Soviet Bloc over medium range ‘cruise missiles’. These tensions, declassified documents show, almost led to a pre-emptive nuclear strike in 1983,triggered by a large-scale U.S. military exercise in Eastern Europe called Able Archer. The events were recently fictionalised in the German television series Deutschland 83, which continues to promote the Cold War myth that members of the peace movement were naive stooges of the Soviet Union, heavily infiltrated by Warsaw Pact spies (gay spies at that).Some things never change – and history tends to repeat itself when it comes to protest movements and how they are represented (when they are represented at all) in the media.

Emerging from Paddington Station on a grey wintry Saturday with my daughter, Isobel, who was going on her first political rally, we spoke to two elderly protestors, a husband and wife from Wales. We could tell from their badges that they were also heading to join the march which began at Marble Arch. From their conversation it was clear these were true veterans of the peace movement. They recalled the historic marches of the early 1980s and their first march from Aldermaston in 1959, now the stuff of black and white photographs in history books. As we walked along North Carriage Drive at the top of Hyde Park, they explained to Isobel where Aldermaston was and why they had marched the fifty-three miles from there to Trafalgar Square in London more than half a century ago. It had taken four days and they had slept on the floors of church halls and community centres, before arriving with another sixty thousand protestors at Trafalgar Square to hear speakers call for the British government to dismantle its weapons of mass destruction. As we approached Cumberland Gate, there was little sign at first that this march might be that large. We drifted amongst protestors arriving by coach and on foot, admiring the banners, costumes, masks and signs, and the range of young and old from across the country, unaware that tens of thousands were gathering nearby.

The plan was to meet up with my daughter’s friends from school, and she found them by Speaker’s Corner, next to a demonstration welcoming refugees. This was the corner of London where free speech has been fought for since the huge working class Chartist movement of the 1830s and 1840s, followed by the Hyde Park riots of 1855 and the Reform League demonstrations of 1866 and 1867. The speakers there are a reminder that the right to speak and be heard by government was fought for, sometimes violently,over decades. Indeed the right to speak can be traced back to the tradition of condemned prisoners addressing their final words to the thousands of people who used to gather at Tyburngallows (now a  traffic island by Marble Arch), perhaps as long ago as the 12th Century. Tyburn was originally a village which stood at the west end of present day Oxford Street, along which prisoners, including religious martyrs, would arrive by cart to be executed. The ‘Tyburn Tree’ allowed the authorities to execute a dozen or more people at once and was a fearsome symbol of the power of the King, and later of Parliament. Oliver Cromwell’s rotten body was disinterred and hung from Tyburn gallows in 1661 on the orders of the Restoration Parliament.

History is all around us then, as we set off on the march from Hyde Park sometime after noon. We had not gone far when we were held for half-an-hour half way down Park Lane, two blocks from the US Embassy – scene of a fierce anti-Vietnam protests in March 1968. Music from around the world was being played from sound systems, and a Brazilian group played Samba beats on large drums as we set off again past the Animals in War memorial. This site commemorates the millions of horses, mules, donkeys and other animals that perished alongside countless millions of humans in the wars of the 20th century.Across Britain there are hundreds of memorials to the soldiers of these wars, but, unsurprisingly, no memorials to anti-war protestors, including the 6,000 British conscientious objectors who went to prison or the Russian and then German protestors, who, some argue, really brought the First World War to an end.The politics of dissent soaks the ground of Speaker’s Corner,and Karl Marx, Vladimir Lenin and George Orwell are amongst the roll call of famous non-conformists who have spoken or listened at Speaker’s Corner. Hyde Park was the scene of Suffragette meetings, including  a massive rally of 250,000 women to hear different speakers from twenty platforms in 1908. It was also the final destination for 100,000 unemployed men who marched there from cities across Britain in 1931 and 1932 and  were violently repressed by police.

As the crowd turned from Park Lane onto Piccadilly, the size of the demonstration came as a shock. It stretched a mile ahead to Piccadilly Circus and then beyond to Trafalgar Square. Some well-dressed shoppers stopped outside Fortnum and Masons to take photographs, others stared as if the colourful crowd had emerged from a space ship. We stopped by Piccadilly Circus to watch the crowd go by and then followed them down Regent Street and Pall Mall into Trafalgar Square. I’ve lost count of how many times I and thousands of others have marched along this route, and many wonder if such marches achieve anything, or are just a chance to gather with like-minded dissenters. CND General Secretary Kate Hudson introduced Bruce Kent, former General Secretary at the height of CND’s power in the early 1980s saying how she was a young girl when she attended the giant protests in Hyde Park. Will she too pass on the baton of ridding the world of nuclear weapons to another generation?

The peace rally on August 2nd 1914 in Trafalgar Square, on the eve of the First World War, failed to halt the calamity that engulfed Europe. The rally of over a million in Hyde Park in 2003 failed to halt the invasion of Iraq. Was this demonstration to join the list of protests that governments in Britain have ignored? Yet without those protests we would not have the vote for working class men, women’s suffrage, or a welfare state to protect the unemployed. From the Chartist rally of 1848 to anti-apartheid protests, poll tax protests, climate change protests and peace protests, Trafalgar Square has been a crucible for social and political change.

And the 2016 CND gathering in the square, despite the usual, minimal broadcast coverage,also suggested there is real hope for change over nuclear weapons. Unlike the 1983 rally in Hyde Park, this wasn’t addressed by a Labour leader (Neil Kinnock) arguing for some half-measure. This huge march was addressed by the leader of the largest Scottish Party, Nicola Sturgeon, the Green Party’s Caroline Lucas MP, Plaid Cymru’s leader, Leanne Wood and the leader of Labour, Jeremy Corbyn, who all gave full and unstinting support to CND’sdisarmament aims. Only the Conservative Party and a rump of Liberal-Democrats remain wedded to Trident, although the fight in the Labour Party remains divisive. Nevertheless, we are no longer faced with a nuclear-armed Soviet Union and so the age-old argument for upgrading a hugely expensive weapons system at a cost of £100 billion has disappeared. With the collapse of that argument, and with austerity bearing down on every remaining welfare service, the case for Trident can only be made by appealing to irrational fears of invasion or nuclear blackmail. The reality, as Noam Chomsky reminds us, is that nuclear weapons, along with climate change, represent the greatest threat to mankind, and accidental nuclear war remains as much a reality as it was in 1983. Seeing Isobel enthusiastically take part in the march and listen to some of the same speakers that I did at the same age thirty-five years ago in 1981, was moving. Tony Benn and many others are no longer with us, but my daughter and her friends grasp that we cannot wait another generation for their demand for a nuclear-free world to be realised. 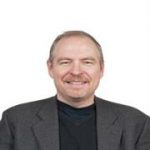 David McQueen is a Lecturer in Politics, Media and PR at Bournemouth University.  His research interests include public relations, news and current affairs, political communications and media management. He is currently researching various lobbying and ‘greenwashing’ campaigns by the fossil fuel industry and the presentation of fracking in the news.