The European Parliament elections that have just taken place were arguably the most important in the history of the European Union.

The European Parliament has more power than ever before, demands have grown for greater democracy in the running of the European Commission and, above all, the elections provided an opportunity for the public to express their views on how the EU dealt with the unprecedented Eurozone crisis of recent years. And the public were clearly unimpressed.

Nowhere were these elections more interesting than in Greece, the country at the heart of the European crisis.

Indeed, the Eurozone crisis and Greece’s two ‘bail-out’ agreements placed the EU at the top of the agenda in Greek public debate. Policies of austerity imposed on Greece inflicted real pain. The resulting resentment towards the EU and its austerity policies by Greeks captured the imagination of both national and international media: numerous flags of the EU were burned as part of protests that shook the country throughout the period of its economic adjustment.

In theatrical fashion, German Chancellor Angela Merkel’s visit to Athens was marked by Greek protesters dressed up in Nazi uniforms as part of an indication of the public anger.

Behind these dramatic images, public attitudes of Greeks towards the EU have hardened. As the crisis years unfolded, so more and more Greeks viewed the EU in a negative light. When Greece joined the Eurozone, 51% of the population had a positive image of the EU – a much higher figure than across the rest of the EU, where support stood at 42%. Just a few months before the outbreak of the crisis, an impressively high 48% of Greeks still viewed the EU in a positive light, with only 16% holding a negative attitude.

Since then, the percentage of Greeks who hold a positive image of the EU has been constantly decreasing. By late 2013, EU support reached an all-time low of 16% – the lowest across the Union. Half of Greeks by then held a negative attitude. Yet Greek support for EU membership has not seen an equally large decrease. This suggests that, despite being frustrated with the way the EU has dealt with the crisis, Greeks do not challenge their membership of the ‘European family’.

The campaign and results of Greece’s elections to the European Parliament support this analysis. The election debate was fought mostly between two camps: on the one side stood the centre-right New Democracy and centre-left PASOK, the coalition partners for the past two years, who represented the status quo and implementation of the bail-out reforms put forward by the EU, the European Central Bank and the International Monetary Fund.

On the other side stood the main opposition left wing movement, Syriza, which called for a ‘different Europe’. It portrayed itself as the ‘radical anti-systemic choice’, opposed to the austerity ‘policies of the Chancellor’ that, according to Syriza, were advanced by New Democracy and PASOK. In the event, the coalition partners saw their support drop substantially, with Syriza securing its first ever victory – though with support from little more than a quarter of those voting. Other parties calling for ‘a different Europe’ – including the newcomer River – also made important gains.

As a result, the country which most nearly brought the EU to economic disaster created a mood of Euroscepticism that was different to that in any other part of Europe. In Greece, calls for an exit from the EU did not win many votes. Those parties calling for Greece’s exit from the EU – Golden Dawn and KKE (Communist Party)– remain marginal parties, backed by only a small minority of voters.

Greece has demonstrated that it retains deep-rooted pro-European feelings. It is a small country for which EU membership provides an international voice. In terms of history and emotion, Greece sees itself as a country at the heart of Europe, with which it shares and helped forge the values of democracy and progress.

But recognising these factors behind the Greek public support for a European identity does nothing to diminish the anger it has expressed towards the leadership of the EU. Yet it is clear that the mood in Greece is different from that in other parts of the EU where populist parties won support for EU withdrawal.

Unlike the UK, France and some other countries, the Greek vote demonstrates that there is a large population of reluctant Europeans. While they might not challenge their membership of the EU, they do question the type of the EU they want to be a members of.

While the left in Greece has so far failed to promote a credible agenda, its success is important in testing how Europeans feel and this will hopefully inform the debate on the future of the EU. For this reason, ‘Euroscepticismlite’ is perhaps the most interesting type of Euroscepticism that the Eurozone crisis has so far generated.

Few months after this piece was written, Greece saw Syriza, a left party, winning elections for the first time in history in January 2015. The party choose to go into a coalition with the right nationalist Independent Greeks, with whom they only shared their anti-austerity/ euroscepticism feelings. This made clear the importance of Euroscepticism for the country and Europe. Indeed, eurosceptic parties far away from the left, like the National Front in France or UKIP in the UK, were amongst the first to congratulate Syriza after its victory. Yet, after a year in power, Syriza did not manage to put forward an alternative, had an embarrassingly bad performance in EU circles and ended up signing yet one more bailout programme with its creditors, exactly the opposite of their election manifesto. Does that mean that euroscepticism in Greece failed to make a positive change? Yes, the ‘reluctant Europeans’ that wanted a change within the EU must be pretty disappointed. Does that tell us anything about euroscepticism in more general? Maybe. Greece did teach us that parties at the fringe of politics (and this where eurosceptic parties come from) could make a breakthrough into mainstream. Yet, it also showed us that the lack of experience and agenda that comes with fringe politics is a major obstacle towards promoting change, especially during moments of crisis. The irony, of course, is that euroscepticism will thrive mostly in times of crisis. 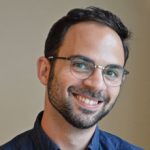 George Kyris is Lecturer of International and European Politics at the University of Birmingham. Previously, he has been a Teaching Fellow at the University of Warwick, a Research Fellow at the LSE and has also taught at the University of Manchester. His main research focus is conflict and unrecognised states, especially in relation to the EU. More recently, he has also been interested in the politics of the Eurozone crisis, political parties and euroscepticism. His regional interests lie in Southeast Europe, especially Greece, Turkey and Cyprus.Dr Kyris’ list of publications includes his book ‘The Europeanisation of Contested States: The EU in northern Cyprus’ (Ashgate 2015), articles for the Journal of Common Market Studies and Comparative European Politics and he has also been invited to comment for media like the Guardian, EurActiv, EUObserver and the BBC TV and radio.