22 Social media in the Bahrain Uprising: From hope to despair

Casting one’s’ eyes back to 2011, there was certainly a lot of hope vested in the potential of social media. From Egypt to Tunisia, protesters held aloft banners bearing the logos of Facebook and Twitter. In Bahrain, the widespread sense of hope among thousands of Bahrainis was evident in their use of social media. Many people, grinning as only people do when a future of unlimited possibility stretches before them, used their smartphones to document their attendance at the Pearl Roundabout, Bahrain’s ‘Freedom Square’. They then shared it on Facebook, Twitter, Whatsapp, and other social media platforms.

Twitter and Facebook in particularly held an almost redemptive promise; Could this networked sense of triumph somehow galvanize a whole population into mobilization, while raising the costs for the state of engaging in repression? YouTube videos also allowed the refrains of the revolution to become ingrained in people’s minds. Chants such as as ‘silmiyya, silmiyya’ (peaceful peaceful), ‘yasqut Hamad’ (down with Hamad) ‘ash­shaʿb yurīd islāh/isqāt an­niẓām’ (the people want the reform/fall of the regime), ‘birūh, bi­dem, nafīdak ya­l­Bahrain’ (with our blood, our soul, we sacrifice ourselves for you, Bahrain) grew to be iconic of the uprising. This is especially true of the refrain of yasqut Hamad, which was soon translated into a series of beeps or pips that were frequently honked on car or air horns. The sounds of these pips were often written in an onomatopoeic fashion as ‘1010 1010 or ‘tin tin tityn.’ Other, more ambitious activists even made and distributed on YouTube a film featuring an air horn as the protagonist. The film dramatized the arrest, torture and death of a Bahraini citizen, with the air horn and its indefatigable ejaculation of the tin tin tityn refrain representing the notion of ‘Sumood’ (or steadfastness).

In addition to this, other acts of peaceful, creative defiance were circulated on social media. These included balloon releases, in which V for victory signs, pictures of martyrs, or slogans like ‘Down with Hamad’ were attached to balloons and then released into the Bahraini sky. Such seemingly harmless acts were taken seriously by the authorities, often to comic effect. In one instance, a balloon displaying the phrase ‘Down with Hamad’ was filmed being released. Later, another video emerged that showed policemen attempting to capture the balloon. Eventually the police succeeded, and put the fully inflated balloon in the back of a police jeep. Satirically, those who filmed the video titled it Itiqal Nafaakha Yasqut Hamad (Arrest of Yasqut Hamad Balloon). Similarly, a wooden mannequin of a woman with a sign reading ‘free our prisoners’ was arrested and put in the car.

Statutes of the Pearl Roundabout, which itself had become symbolic and metonymic of the uprising itself, were often made by activists following its vindictive destruction by the security services. These creative forms of resistance, mediated by social media, allowed optimism and defiance to be shared with those who may have not witnessed the original act. Furthermore, by allowing activists and citizens to publicize the subversive, social media assisted in de­institutionalising political discourse and disrupting the agenda setting nature of the state media.

Yet in their defiance, many at the time did not realise they were making themselves targets for the Al Khalifa dominated government, who were digging in, stalling on reform, and using coercion to arrest, intimidate, torture and kill many of the country’s political opposition. In a country where even shows of disloyalty to the ruling regime can land you in prison, photographs on social media of someone at a protest march, or at the Pearl Roundabout, were tantamount to a confession of treason. A platform that had held so much promise, was quickly becoming a sinister tool for the state’s accumulation of evidence against anyone displaying remotely critical tendencies.

Soon, Twitter vigilantes were harvesting publically available information and accusing people of treason. Joy and optimism, mediated on social media, was being mined. Accounts like @7areghum (Arabic for ‘the one that burns them’) would tweet out photos of so-called ‘traitors’, demanding their names and addresses. In Bahrain, a tiny island community, it did not take long before government loyalists, or perhaps members of the security forces, replied with the names, addresses, and telephone numbers of the ‘traitors.’ Some, after having their picture or name tweeted by such accounts, fled the country. Others packed up their things, and slept by the door, for they did not want the rest of their family to witness what they felt was their inevitable arrest in the middle of the night.

Before long, malicious social media accounts would be spitting out sectarian rhetoric, attempting to exacerbate Sunni/Shi’a cleavages in Bahrain in order to abet a divide and rule policy ­ a historic tactic in the country. The relative unity that had been evident early in the uprising, began to erode. The state’s destruction of Shia religious structure, and invocations of Iranian involvement, all contributed to driving a wedge between members of the opposition. Yet despair had not completely sunk in. Even in March 2011, there were attempts to recoup this unity on social media. One man spawned the Twitter hashtag #UniteBH (Unite Bahrain) in order to salvage a sense of commonality. The premise was simple, tweet about something that united all Bahrainis, regardless of sect or political reason. The regime’s response to what became a viral show of the potential power of social media was crude, they arrested its creator. Even those with badges saying ‘No Shia No Sunni Just Bahraini’, a slogan that characterised the #UniteBH campaign, were harassed at checkpoints.

The Al Khalifa regime’s commitment to protecting their position of privilege rendered any benefits of the accountability and transparency allowed by social media to be largely ignored. Occasionally, the Ministry of the Interior said they would investigate egregious acts by the police caught on video, but not much ever came of this. It was mostly done to appease international allies. This wilful blindness to police abuse documented and shared on social media was demonstrated when the MOI said they responded to a video of a policeman throwing a Molotov cocktail, 2 years after it had already been circulated. Vindictive and efficient in using it as a tool of surveillance, the government were lackadaisical in using it is a tool of accountability.

Helping out the government were international companies, including the likes of Gamma International, who were selling products to the Bahrain government that could infect a user’s smartphone or computer, and view valuable information that could hijack your microphone, log your keystrokes and even view you on your device’s camera. Often the delivery method for such malware was links distributed across social media or email. Those arrested even reported that during interrogation, the police demanded passwords for their social media accounts.

With one of the highest internet penetration and social media take up rates in the Middle East, social media had a special resonance in Bahrain. Yet the fusion of technological determinism and social constructivism was highlighted by the tug of war over the implementation of the new technologies. With certain forces using it as a tool of social change, others were harnessing it as a weapon of the status quo. The resultant? A disequilibrium particularistic to Bahrain itself, yet one that ultimately strayed from the initial hope, optimism, and joy of 2011. 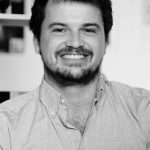 Marc Owen Jones is currently a teaching fellow at University of Tübingen in Germany, where he lectures on Gulf Politics. He has also taught Middle East Politics at Durham University and has written articles, chapters and blog posts on Bahrain in the Independent, the New Statesman, and CNN among others. Marc is co-editor of Bahrain’s Uprising: Resistance Repression in the Gulf. He can be found tweeting as @marcowenjones.